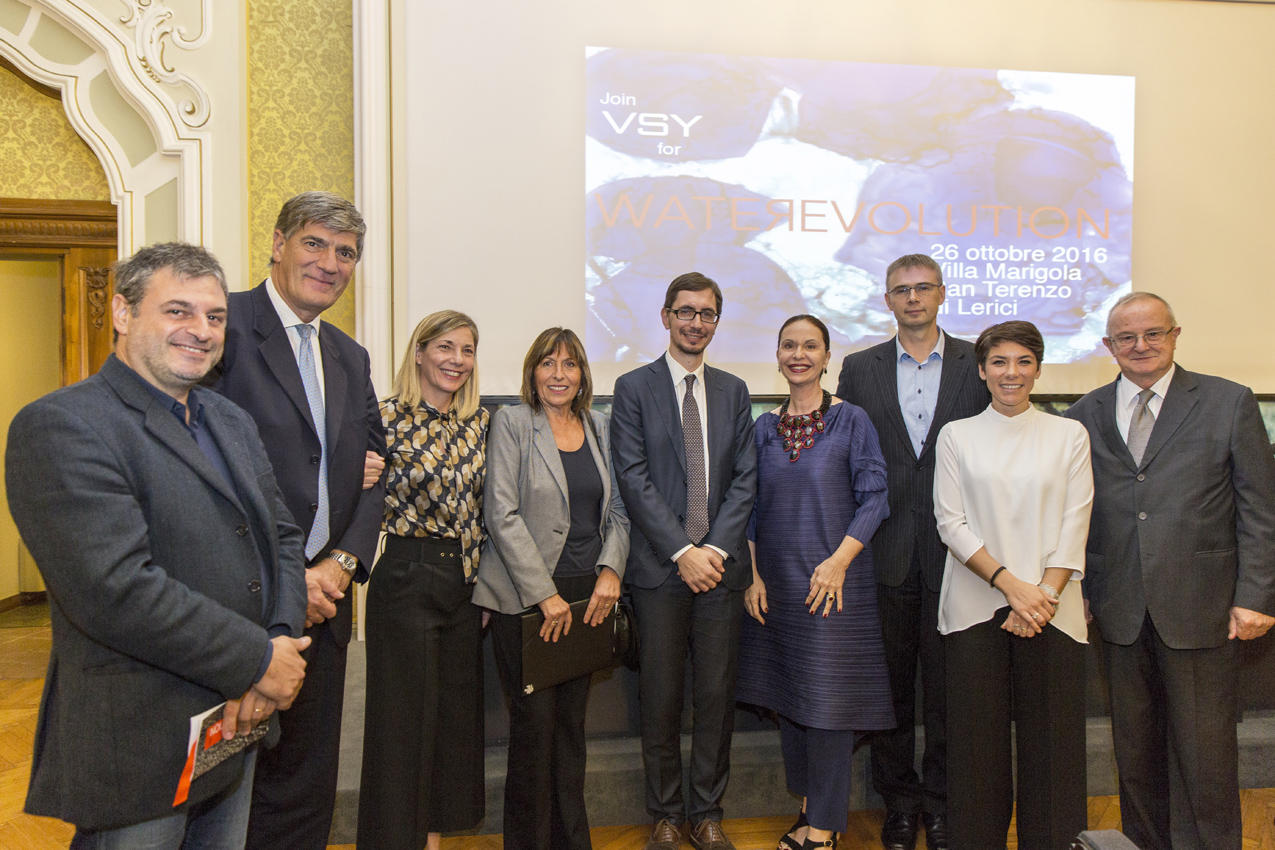 Waterevolution, the event sponsored by VSY, held on October 26th in the fabulous setting of Villa Marigola in San Terenzo di Lerici, was intended to celebrate the launch of the Italian industry working table, that looks at sustainability as a unique opportunity for re-launching.

The occasion was given by the first anniversary of the recognition of Waterevolution platform as Blue Solution (example of good practice for marine conservation within a program established by the German Ministry of Environment in partnership with UNEP, IUCN and GIZ) at an international level.

Through computational sustainability, the system developed with the collaboration with the University of Bologna, the Eulabor Institute of Research and VSY have, in fact, achieved a fundamental objective with Waterevolution model. This model allows to seriously improve the carbon footprint of companies and at the same time to reinvest resources in scientifically significant programs of environmental responsibility for the protection of sea and water resources, with a specific focus on conservation programmes. A concrete and structured response to the issue represented by the environmental sustainability of the development that is now “one of the main difficulties to be addressed in the perspective of economic recovery.” (as said by Confindustria on April 2015).

The event in Lerici marks the important transition of an industry that looks at the future and at Waterevolution, whose agenda today is made by a shared programme with the whole Italian yachting industry, and finds its natural home in La Spezia, center both of the maritime cluster strategic activities and the marine and terrestrial natural system unique in its kind.

Process optimization and restitution of the environment resources are the keys to understanding this model able to align all parameters – environmental, social and economic – in favour of real sustainable development of the territory.

Numerous was the presence of the local institutions, thus confirming the big interest for these issues, reinforced also by the participation of the General Secretary of SYBAss (Superyacht Builders Association), Theo Hooning, representing the major international shipyards, and Pietro Angelini of Navigo Tuscany, representing the major Tuscan shipyards.